ACHILLION The Palace of Empress Sisi of Austria 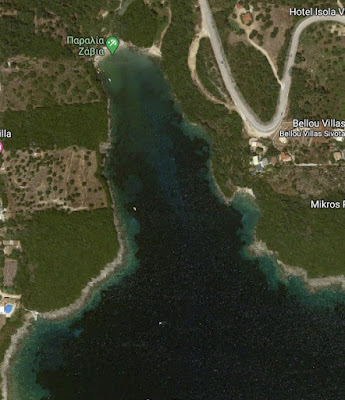 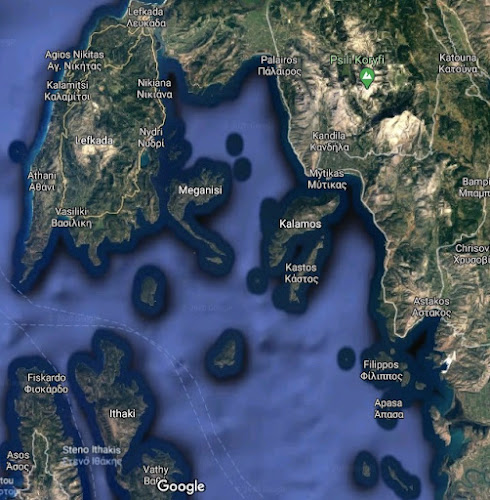 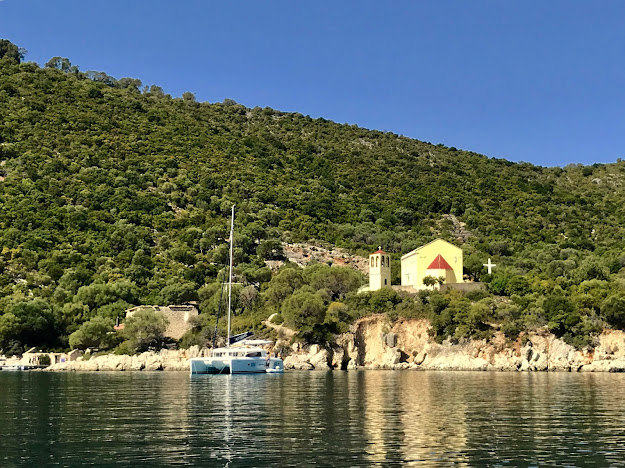 We sailed to Kassiopea June 25 and found an empty port with an empty village, all restaurants closed and empty paradisiac beaches. 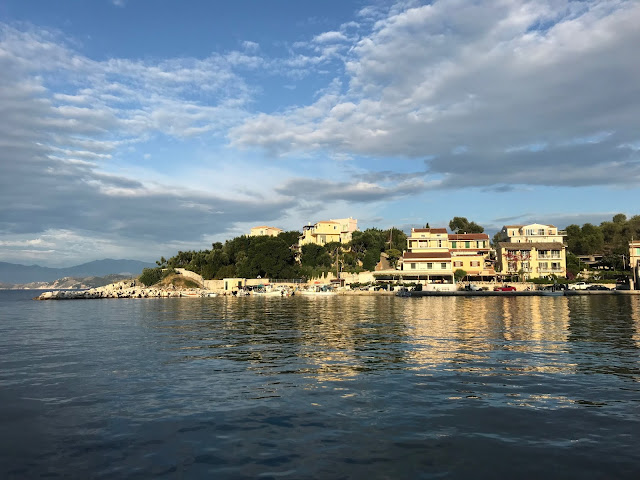 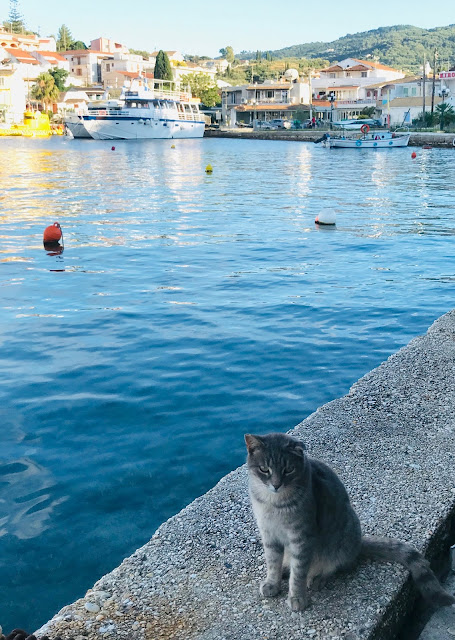 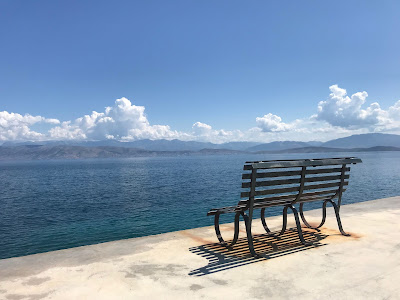 A view towards Albania 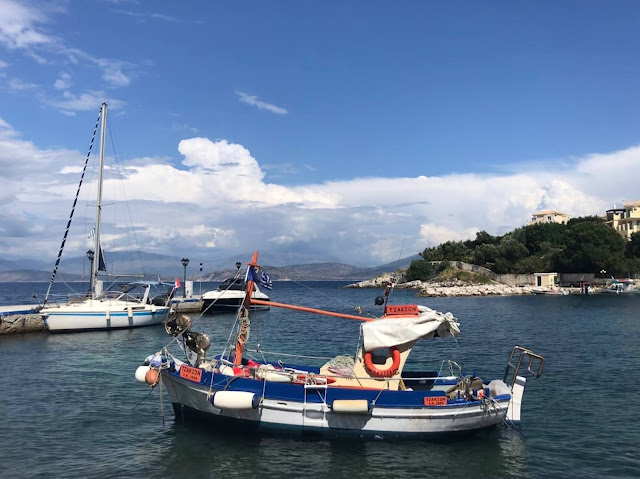